Yew (Taxus) mealybug, Dysmicoccus wistariae, is a pest of ornamental yew. This pest can be difficult to see, as it resides on the interior of the plant. They are most commonly found on branch forks. Yew mealybugs can cause significant damage to affected plants and can be a nuisance as they secrete a sticky sap like substance called honeydew. Honeydew can coat surfaces such as sidewalks and attract a black sooty mold that looks unsightly. Commonly moved by shipment of plants from growers to nurseries, this insect occurs wherever yew grows.

Depending on the treatment, treatments should be targeted during 246 -618 GDD when insects are active. Monitoring the interior of the plant is important for identifying and diagnosing this pest. If sprays can be applied directly to the insects with thorough coverage they will be effective. If they cannot, systemic insecticides will work, though they will take more time to uptake. In severe infestations, limbs can be removed to reduce the insect population.

If timed correctly, sprays will work well. Systemic insecticides are very useful for controlling this insect. As with other scales, a soil treatment of Transtect in early spring or Xytect in late fall will likely be effective at controlling this pest. 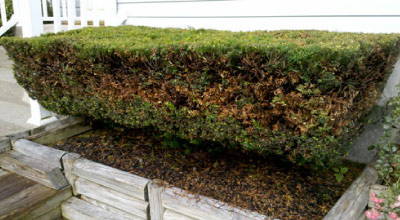 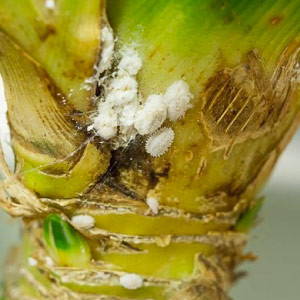