The spotted lanternfly, Lycorma delicatula, is an invasive plant hopper native to China, Vietnam, and India. It was also unintentionally introduced to Japan and Korea. The spotted lanternfly was confirmed in Pennsylvania in September, 2014. The adult stage of this insect prefers the host tree of heaven, Ailanthus altissima, for feeding and egg-laying, but larval instars and adults are known to feed on around 70+other species of tree in PA as well as agricultural crops. It will lay eggs on any smooth barked tree or other objects such as: stone, brick, lawn furniture, and cars. 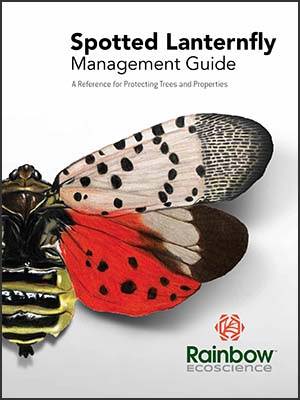 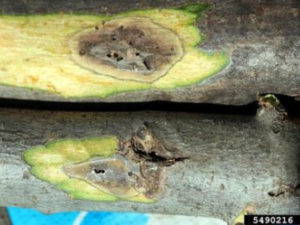 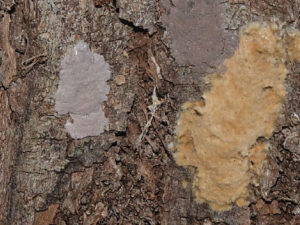 Tree of Heaven appears to be the preferred tree for adults, but has been reported to attack more than 70 species+ species of tree in PA such as grapes, apples (not preferred host), stone fruits (not a preferred host), and some agricultural crops. In areas of high population they can also migrate and feed on Willow, Maple(red and silver), Poplar, Pine, Plum, Linden, Sycamore,
Black gum, Oak, Hickory, Slippery elm, Dogwood, Cherry, Peach, Birch, Tulip poplar, Beech, Walnut, and Ash. 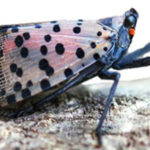