Discovered in 1881, the azalea bark scale, Eriococcus azaleas, is a prominent pest of rhododendron, azalea, and huckleberry (Vaccinium spp.). It has been reported in the Eastern US, as well as Belgium and Russia. This is a pest that generally does not kill hosts, rather it causes aesthetic damage. Honeydew can be an inconvenience as well.

Nymphs must be targeted as they are unprotected by the waxy covering. This means dormant horticultural oil sprays may be used after the growing season is complete. This is when nymphs are preparing to overwinter. Two other options are available to treat for crawlers; both spray and systemic.

Management of this pest is easiest when the nymph stage is targeted. 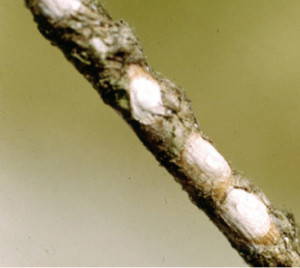 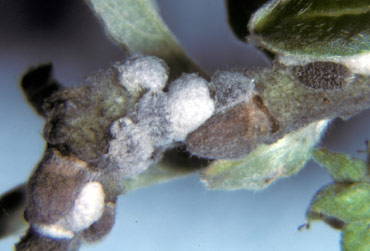