The European pine sawfly, Neodiprion sertifer, is an introduced pest that was first found in New Jersey in 1925. It has since spread throughout the Eastern U.S and as far west as Minnesota and south to Missouri. The European pine sawfly affects a variety of pine species. The caterpillar-like larval stage of this insect feeds on the old needles of pine trees in early spring, but not the newly developed needles. This does not kill the host plant, but it can cause a “bottle brush” appearance, which can affect the aesthetic value.

It is recommended that fall applications of Xytect are applied to control this early spring insect due to the possibility of an early spring infestation. If Xytect soil applications were not applied make sure that at least one well timed foliar spray is done as soon as insects are noted. Begin inspecting for branches that have been stripped of needles and larvae in early April. Management of this pest is best when larvae are small.

Consider Mectinite or Xytect 10% as tree injection treatments for trees that cannot be treated with foliar sprays or other systemic options.

When used preventatively, Xytect is extremely effective in controlling small larvae. Foliar applications can also be expected to yield acceptable results provided applications are timed with relatively small larvae sizes. Once mid summer is reached and larvae are large, control is more difficult to obtain. 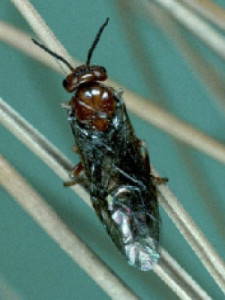 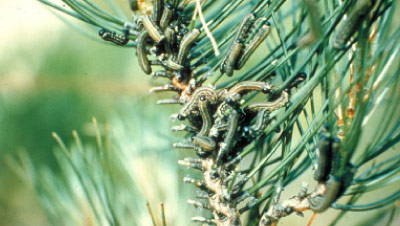 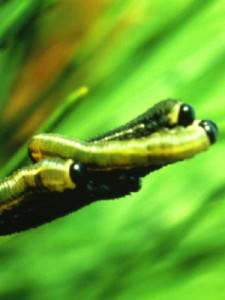