Pine needle scale, Chionaspis pinifoliae, is a conspicuous and common armored scale insect on conifers throughout the United States. Pine needle scales appear as oyster shell-shaped white blisters on the needles of conifers, often so numerous they envelop the entire needle. Although they prefer pines they are known pests of spruce, fir, and Douglas fir causing disfiguration and often death of the infested needles and general decline of the whole tree.

Pine needle scale is an armored scale that can have two generations per year. Insecticide applications must be timed to ensure high titer levels are within the tree when nymphs insert their mouthparts into the needles and begin to feed. Apply Transtect to the soil in the spring up to 2-3 weeks prior to crawler emergence. Two foliar spray applications should be timed to target new crawlers from each generation. Transtect soil applications have provided good results on leaf feeding armored scales such as False Oleander Scale, Pine Needle Scale and Elongate Hemlock Scale.

Transtect has performed extremely well in trials as a soil application on pine needle scale. 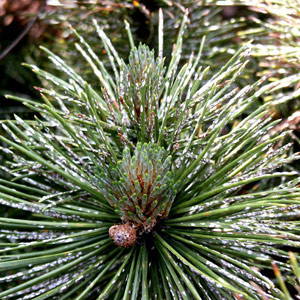 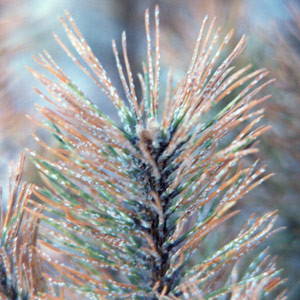