Feeding from Eastern tent caterpillar larvae in late spring and early summer can completely defoliate foliage from trees. Healthy trees can tolerate a single defoliation event, however, multiple defoliation events can cause dieback and when combined with abiotic stress events can be detrimental to the tree. The Eastern tent caterpillar is easy to control if treatment applications are timed correctly in the spring of the year; however, early infestations of the pest are also easily controlled with pruning out/removing nests by hand and squishing.

A high level of control can be expected if treatment applications are timed correctly. Lepitect will only work on later instars due to lack of transpiration at egg hatch and early instar development. Mectinite will provide good season long control Conserve has a short residual (14 days) but is softer on beneficial insects. 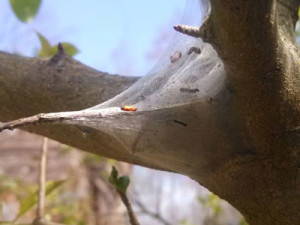 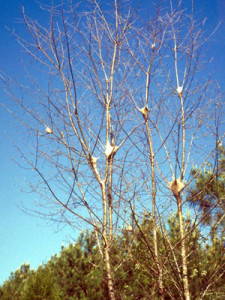 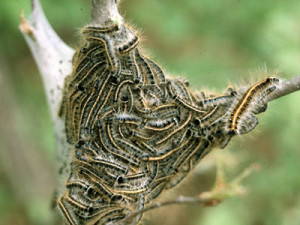 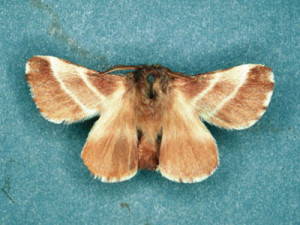